One of the most common concerns from PC users is whether power outages or power surges can damage their PC hardware.

At some time in their life, almost everyone has experienced a power outage. And if you’re like me, you’ve undoubtedly had at least one power surge. ‘The lights flashed for a while, and the electricity went out completely,’ too suddenly while gaming.

This is something that could make you stress out severely. And this post, I will guide and gives a detailed insight into how can a power outages and surges can impact your PC and what you can do to protect it from harm.

Table of Contents hide
What Is A Power Outage And A Power Surge?
So, Can A Power Outage Damage PC or Power Surge Will Do? or Both Enough?
How Do Power Outages or Power Surges Damage Your PC Components?
1. Effect On PSU – The Self Sacrificial Heroes
2. Effect on System Files
3. Effects on Storage Devices
What Are The Symptoms Of A Computer Power Surge?
Can My Computer Be Damaged If It’s Plugged Into The Socket But Powered Off?
Why You Absolutely Need A Surge Protector?
Why You Should Get A UPS?
FAQs
Conclusion

What Is A Power Outage And A Power Surge?

The scenario (lights flickering and then electricity going out) shows 3 main types of electricity anomalies:

The most obvious one is the power outage, also known as a blackout. A blackout occurs when the power is completely cut off. It happens for several reasons, including power station disruptions, damaged electrical lines, load-shedding, or self-inflicted damage – such as short-circuiting.

Now the lights are flickering has two possible reasons.

One, there wasn’t enough power available, causing a brownout. In a brownout, the voltage would drop, causing your lights to dim. It can occur when turning on some heavy-duty appliance such as Air Conditioning or a water motor. These machines take too much power, leaving insufficient electricity for other devices.

A power surge occurs when there is an excessive amount of electricity comes from the socket source. It’s more dangerous than a power outage and can fry your digital equipment. Power surges can happen at any time, whether during lighting or due to a brownout backlog.

So, Can A Power Outage Damage PC or Power Surge Will Do? or Both Enough?

Modern hardware, as well as software, are designed with the mindset that each piece will have a decent enough resistance to fatal situations. The hardware rarely cares about power outages. If worst comes to worst, your PSU will manage the damage (if it’s a good one).

Software care even less about power outages with programs that revert the data back to the previously saved phase if you had created one (which I have explained below).

But importantly, it is the power surges and overcurrent that you seriously need to worry about. They have the potential (pun intended) to damage the chips on your electrical equipment. If not handled correctly, power surges can cause impacts such as a damaged motherboard, storage drive failure, sluggish performance, etc.

Thankfully, a good-rated PSUs can save the day (to some extent).

How Do Power Outages or Power Surges Damage Your PC Components?

There’s a reason our PCs have the shutdown option. They are designed to go through a series of processes before turning off. Therefore, a direct power outage or a power surge can be damaging in some circumstances, and in others, they will leave your system unscathed.

Let’s see ahead how a power outage or a power surge can damage your PC.

1. Effect On PSU – The Self Sacrificial Heroes

In a situation where your PC faces an electrical anomaly, your PSU will offer the first line of defense. It will cover the unit and cut off the power supply to prevent damage.

In the worst-case scenario, you’ll hear a loud band, and the PSU will self-destruct first, preventing damage from spreading to the rest of the system. This also happens when a PSU lifespan is nearing the end.

If your computer won’t turn on after the PSU has caused a power outage, there is still hope. You can remove the power supply’s “dirty power” by leaving the system off for several hours (or a few days, to be sure). Meanwhile, you may test another PSU to ensure your PC is safe.

Note – There is one condition that must be met in order for the PSU to fulfill its potential as a savior. A good PSU from reputable manufacturers should be used. That is why installing cheaper power supply units, either modular or non modular is never suggested.

This is probably the nastiest effect of a sudden shutdown. Although it doesn’t cause hardware damage, so you don’t have to worry about replacement costs, it can cost you in terms of hours. And if it were billable hours, well, then it does cost you moneywise.

For example, suppose the power goes out during normal usage. In that case, you will most likely be greeted with the familiar disk check screen when you power on or restart the PC, which is good.

This means your PC will work just fine; all you have to do is wait for the disk check to finish. As mentioned earlier, software cares less about sudden shutdowns; this is one of the reasons. Modern software programs are designed to revert back to the most stable save before the sudden shutdown.

Now for the bad news. If the power shutdown was during a systems update, the system files might corrupt. You will find that your PC is stuck in a boot loop and is failing to start up. You will then have to make a system restore or reinstall windows in most cases.

So, why is the effect on system files considered the worst effect of sudden power off?

It’s because if you don’t habitually save your work after every time, you’ll lose it (like me). You can even lose your entire work because the files have a chance to be corrupted and unusable. No one likes to redo the work they have already done as it causes a waste of time, energy, and money.

HDDs suffer from sudden power outages and face a reduced life expectancy. The reason is that a sudden power cut brings the spinning disc to an abrupt and uncontrolled stop. Furthermore, the reading and writing head (which hovers over the spinning platters) has to quickly snap back into place.

This snapping makes it susceptible to a “head crash,” which occurs when the head touches the platter surface, scrapping the area. The scrapped part can no longer record data, leading to crashes and slowdowns, eventually declining the HDD durability.

The result of power outages on SSDs is difficult to generalize. It might be affected or not. As compared to HDDs, older SSDs were much more vulnerable, and the impact ranged from data corruption to system failure.

PLP protects the data in the buffer from complete loss, as SSD does not have enough time to complete its tasks in case of unexpected shutdowns. This is accomplished with the help of capacitors on the SSDs that provide just enough time for the data to be flushed to long storage.

However, SSDs have a limited life span. When they reach the end of their useful lives, SSDs are reset to zero regarding data loss or corruption. As a result, an outage may or may not cause SSDs to deteriorate.

RAMs aren’t affected due to power outages or surges. It is because multiple components will be affected before the RAM gets its turn. First, the PSU will die, then the motherboard (that too in some infrequent instances), and then the primary memory – RAM.

If RAMs memory life damages, they usually include a lifetime manufacturer’s warranty. So, you can just claim its warranty and get a replacement.

What Are The Symptoms Of A Computer Power Surge?

You are bound to face an electrical anomaly during your computer usage due to a number of reasons. Here are some of the symptoms that will help you identify if your computer has undergone a power surge, so you can immediately start taking some remedying as well as precautionary measures.

Can My Computer Be Damaged If It’s Plugged Into The Socket But Powered Off?

You may think that since the computer is switched off, it’s unreasonable to worry about it getting harmed. Nevertheless, your PC getting damaged if plugged in but powered off is also possible.

Power surges have the habit of seeping into the sockets, especially during thunderstorms. And under normal circumstances, there’s always some leakage current flowing through the sockets even when the switch is turned off. This is why you always hear about unplugging the mobile chargers when not under use.

Why You Absolutely Need A Surge Protector?

A blackout doesn’t hurt nearly as much as a power surge would. The cheapest (but still decent) surge protectors strip can cost as low as only $15, which is nothing as compared to the incredible purpose they serve.

The surge protectors limit the voltage beyond a set limit. And if the voltage exceeds the capacity, they burn themselves out, breaking the circuit between the wall socket and the PC.

Why You Should Get A UPS?

Surge protectors do protect your PC in case of power surges, but they don’t do much in a sudden shutdown. This is where UPS can help and is always recommended with a PC.

The UPS isn’t meant to keep your PC on the entire duration of a power outage, but they serve several important purposes. They supply battery backup for a few crucial minutes for you to save your work and safely shut down the system.

In addition, it serves as a two-in-one device by also acting as a surge protector. The UPS’ list of functions does not end there. It also serves the purpose of supplying clean and evened-out power, so you don’t face the small (unhealthy) drops in power when you turn on the AC.

The best part? The UPSs are totally worth it since they are going to be protecting a system that is worth 5x, maybe even 10 times their cost.

Power outages and power surges both are harmful to your computer. However, it is the power surges you need to really worry about.

They can cause problems ranging from a suspicious behavior of your computer to a complete loss of a component. Likewise, a power outage can cause nasty problems such as loss of data or data corruption, setting you back on hours of work. In some cases, a reinstall of windows might also be required.

Modern hardware and software, thankfully, are built with some concern for power outages and voltage spikes in mind. Repeated exposure, however, will undoubtedly damage in some form.

Because of this, it is always recommended to have a computer UPS or, at the very least, a surge protector. They are less expensive than you may think, especially considering the crucial purpose they serve.

It’s possible that an electrical problem will leave your PC unharmed. The risk of pushing your luck, however, is not worth it. Specifically when considering there is some damage in the long-term.

Hopefully you find this article “Can A Power Outage Damage or Can A Power Surge Damage” insightful, make sure to share it also. 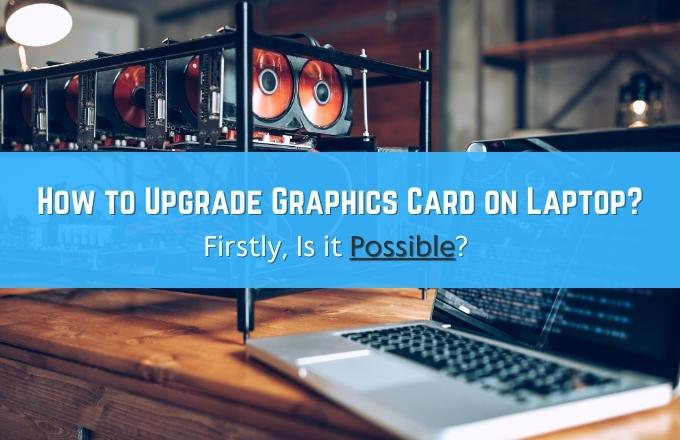