Storing the data, instructions, and information by the computer is called memory. But “what is primary memory of computer“- The computer’s primary memory is divided into small parts called cells. Each cell in memory has its own unique path called Cell Address. Data is stored in these cells only in Binary Digits (0, 1).

Memory is a very essential component presents on all computer case, without it the computer cannot complete even a simple task. Computer memory is mainly divided into two types and primary and secondary memory.

What is Primary Memory of Computer

The primary memory of computer is known as the main memory or temporary memory on the computer.

The main purpose of primary memory used to store frequently used programs that can be directly accessed by the processor for further processing. It is volatile memory, meaning that data is stored temporarily and can be lost when the power is switched off.

This memory is present in the CPU of the computer, from where the device receives the data and instructions. RAM and ROM are examples of Primary Memory of computers.

What is Primary Memory’s Characteristics:

Examples of primary memory are divided into two types: RAM stands for ‘Random Access Memory‘. RAM is a primary memory example that stores operating system software, software applications, instructions, and other information for (CPU)  the central processing unit for direct and quick access when needed to perform tasks.

RAM is one of the fastest types of memory, and it has the ability to be read and write the data, but as long as there is Power Supply to the device. When the computer is off, all the processed data of RAM automatically goes to trash.

The RAM is mainly used to running software, playing games, and media like audio and videos.

Examples of primary memory’s RAM Further has in two Types:

The full form of DRAM is ‘Dynamic Random Access Memory‘. ROM is another primary memory example.

Here, the word “Dynamic” means moving or always changing. So this RAM is constantly refreshed. It is the most common type of main memory in a computer. DRAM is used as the CPU’s main memory. It is a prevalent memory source in PCs as well as workstations.

Dynamic random access memory is constantly restoring all the data that is being stored in memory.

The SRAM stands for ‘Static Random Access Memory‘. Here, the word “Static” indicates that it does not have to be continually refreshed, as the information in this memory remains constant until it is overwritten or deleted when the computer is switched off.

It is a better choice than DRAM for certain uses such as memory caches located on CPUs. Conversely, the density of DRAM makes it a better choice for the main memory than SRAM.

It consists of 6 transistors and doesn’t have a capacitor, the transistors do not need the power to prevent the leakage. 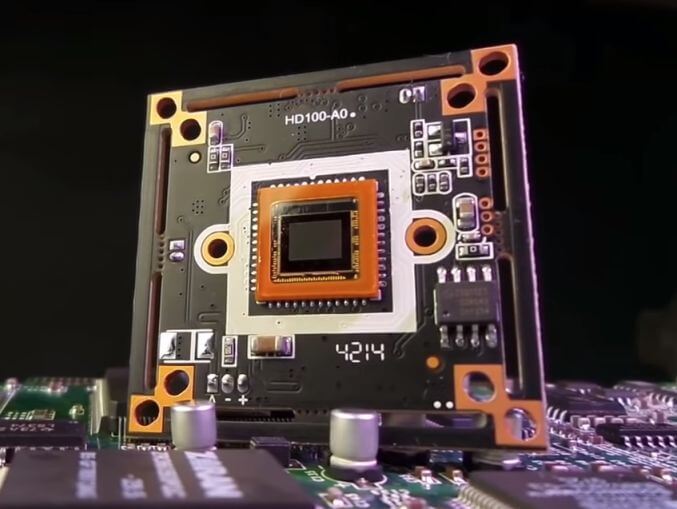 The full form of ROM is “Read Only Memory“. This is Permanent memory in which information is entered into it once and stored permanently (even the computer turned on and off).

The Stored programs and data cannot be modified and deleted in this memory, they can only be read. Therefore this memory is called read-only memory. Even after the computer is turned off, the stored data in ROM doesn’t destroy. Thus, ROM is called non-volatile or permanent memory.

ROM memory is used in all types of electronic devices such as Calculator, Smartphone, Video Game, Digital Camera, etc. Most personal computers need to have high ROM memory for storage.

Examples of primary memory’s ROM Further has in four Types:

The full form of MROM is ‘Mask Read-Only Memory‘. It is programmed within the device by the manufacturers. ROMs are cheaper than other types of ROMs and provide the ability to store more data in less space. But in today’s time, MROM is no more available in the market.

PROM stands for ‘Programmable Read-Only Memory‘. It is a memory in which once the data is stored they cannot be deleted but can modify. PROM memory is used in cases where the data needs to be changed in all or most of the cases. It is also used when the data that want to be permanently stored does not exceed the ROM data.

The full form of EPROM is ‘Erasable Programmable Read-Only Memory‘. It is similar to PROM but the memory can be erased only if it is exposed to ultraviolet lights. It is non-volatile memory, meaning that the stored data remains there indefinitely

The stored can be erased and reprogrammed with the use of high voltage levels. These disadvantages of EPROM have been overcome by flash memory and EEPROM, which is why EPROMs are falling down the use in certain designs and applications.

The full form of EEPROM is ‘Electrical Programmable Read-Only Memory‘. There is also a new technology EEPROM in which the program can be programmed, erased, and reprogrammed electrically and not with ultraviolet rays. This makes them nonvolatile memory.

The above are the ROM’s 4 primary memory example.

» Recommended: RAM vs ROM: Types and Differences in detail

Difference Between Primary and Secondary Memory From the above info, you knew the answer to “what is primary memory of computer” and examples of primary memory as well as the difference between primary and secondary memory.

What are types of primary memory?

There are two types of primary memory: RAM and ROM. RAM stands for 'Random Access Memory'. that process operating system software, software applications, and other information for the central processing unit quick access when needed to perform tasks temporarily. While ROM 'Read Only Memory' is Permanent memory in which information is entered into it once and stored permanently whiach cane be modified further.

What is primary and secondary memory?

Which is faster primary or secondary memory?

The data processing speed of primary memory is faster than Secondary memory. Also, primary Memory is made of semiconductors technology.

Why ram and rom are called primary memory?

The primary memory is divided into RAM and ROM. RAM has the ability to be read and write the data, as long as there is Power Supply to the device. When the computer is switched off, all the processed data of RAM automatically goes to trash. While ROM is Permanent memory in which information is entered into it once and stored permanently (even the computer turned on and off).

Which is primary memory RAM or ROM?

Both are examples of Primary Memory. All programs, Applications, Games, Graphics, and Instruction are processes through RAM Memory. And ROM memory is used in all types of electronic devices such as Calculator, Smartphone, Video Game, Digital Camera, etc.

Where is primary memory stored?

Primary Memory is stored in the computer The main purpose of primary memory used to store frequently used programs that can be directly accessed by the processor for further processing. It is volatile memory, meaning that data is stored temporarily and can be lost when the power is switched off.

What is an alternative name of a primary memory?

The alternative name of primary memory is the Main Memory and Internal Memory of the computer.

What is volatile primary memory?

Primary Memory is Non-Volatile meaning that After shutting down the power connection to the computer the data automatically gets deleted. Thus, Primary Memory used to stores the information temporarily.

What is the size of the primary memory of the computer?

The primary memory of a computer is mainly available in small sizes starting from 500MB up to 32GB.