Using frequencies, your wireless router transmits the Internet to WiFi connected devices such as cellphones, digital computers, tablets, and other gadgets. Most current wireless routers have two separate bands of channels, i.e., 2.4 vs. 5 GHz.

But picking one between these is tricky, especially if you’re not a geek and want to plug everything in and go online.

Today, I will tell you the significant differences between 2.4 GHz and 5 GHz WiFi. And most importantly, helping you choose the one which fits your needs the most.

Table of Contents hide
What is the ideal WiFi frequency: 5GHz or 2.4GHz?
What are 2.4 and 5GHz WiFi Routers?
2.4GHz vs 5GHz routers, which one to Choose? (Considering 8 Points)
Pros and Cons of 2.4 GHz and 5 GHz
Difference Between 2.4 GHz VS 5 GHz, (Comparison Chart Table)
Which frequency should you choose? 2.4 GHz vs. 5 GHz or Both (Dual Band)
FAQs
Conclusion – 2.4GHz, 5GHz or Dual Band WiFi Router?

What is the ideal WiFi frequency: 5GHz or 2.4GHz?

While designing a WLAN, you might wonder what the ideal WiFi frequency is for your computer network installations. This article will explain when it’s preferable to use the 2.4 GHz or 5 GHz band frequency to get the best wireless performance.

A frequency band is used to send and receive wireless data between devices. These bands are data-transmitting radio waves with 2.4 GHz or 5 GHz frequencies.

The range (coverage) and bandwidth (speed) provided by each 2.4 and 5GHz band are different. The 2.4GHz band, for example, has a more extensive range of coverage but sends data at a slower rate. The 5GHz band, on the other hand, has less coverage but transfers data at a higher rate.

Since the creation of WiFi, there has been a slew of new wifi standards aimed at improving both wifi speed and coverage. For instance, the Wifi standard 802.11n (also named wifi 4) was announced in 2009, and it was the first to support both the 2.4 GHz and 5 GHz wifi frequency bands. So,

A 2.4 GHz frequency wireless band router allows the Internet to be used across more considerable distances. It lacks in speed importantly the upload speed what it makes up for in distance.

Streaming videos and downloading large files takes much longer on the 2.4 GHz wireless band. Because such devices are far distant from their routers.

Usually, a 5 GHz wireless band is employed when speed is more crucial than distance. Your web pages will be streamed very high speed using the 5 GHz frequency. This is the most common frequency for personal and office use.

Professionals need their data to load quickly and large files to download rapidly to get their work done. People download big files and stream their favourite shows at home.

Note: Nowadays, most routers have switched from single to dual-band mode, allowing them to use wireless signals over either of the two WiFi frequency bands.

2.4GHz vs 5GHz routers, which one to Choose? (Considering 8 Points)

Now I compare both the 2.4 and 5 GHz bands in the following factors and ascertain the differences precisely. And thereafter a chart of summary between 2.4 vs 5 GHz.

In terms of WiFi range, 2.4 GHz outperforms 5 GHz because lower frequencies are sent in the 2.4 GHz band, enabling to penetrate solid objects, allowing the signal to go further throughout your home.

Thus, 2.4GHz WiFi has a broader range than 5GHz WiFi, making it perfect for areas where the signal has to reach a wider area, such as large retail stores, pubs with many floors, and hotels with a pool area. Those using the 5GHz frequency, on the other hand, typically cover about one-third of these distances.

The 5 GHz band compensates for its lesser range by providing significantly better WiFi speed rates than the 2.4 GHz band. In comparison, the 2.4 GHz band will enable up to 600 Mbps, while the 5 GHz frequency will support gigabits up to 1300 Mbps.

The faster data is delivered, the higher the frequency – generally referred to as bandwidth. While 5GHz WiFi may not have the same coverage as 2.4GHz WiFi, it can carry more data and transmit it at a faster rate over a shorter distance.

Therefore, higher frequencies, such as 5 GHz, allow data to be sent quicker than lesser frequencies, allowing you to upload and download files faster than 2.4 GHz but at the same time, less penetrate to solid objects

Since the 2.4GHz band uses longer waves, making it is more suited for transmission over longer distances or through solid structures like walls. If you connect devices for a low-bandwidth activity like browsing the Internet benefits, you should choose the 2.4GHz frequency instead of the 5 GHz frequency.

Another reason to continue with 2.4 GHz for WiFi networks in vast places with many barriers, such as office floors, is more reliable. There’s a considerable likelihood that 5 GHz signals will drop out if multiple walls exist between a router and a device. As a result, 5 GHz should only be used in single rooms, small households, or fewer objects placed.

5GHz is best for high-bandwidth devices or activities such as gaming, videoconferencing, and HDTV streaming. Thus, without a doubt, a 5GHz band surpasses 2.4 GHz in performance for such purposes. But it doesn’t mean that the 2.4 GHz is insufficient; in fact, 2.4GHz works adequately good.

In places like shops, restaurants, hotels, and coffee shops, even at home, the 2.4 GHz frequency is used, while the 5 GHz band is used mostly for personal and office use or where speed matters the most than range.

2.4GHz WiFi packages are much less expensive than 5GHz WiFi packages, which are newer on the market and give faster speeds. Today, you have the option of dual-band routers (which come inbuilt of both 2.4Ghz and 5Ghz) that nowadays are used by many people fulfilling both the needs.

Which frequency should you choose? 2.4 GHz vs. 5 GHz or Both (Dual Band)

Size of your Home

Larger residences will require a larger service area, which the 2.4GHz band can provide ad performs well. While in smaller homes or apartments, 5GHz will not only deliver faster speeds but also will reduce interference from nearby networks.

That said, WiFi network extenders are vital to consider because they allow you to expand your WiFi coverage while still using the 5GHz band’s benefits.

If several connected devices use this frequency at once, the 2.4GHz band is susceptible to interference. Older routers, microwaves, Bluetooth gadgets, baby monitors, garage door openers, and other equipment fall under this category.

As long as the device is close to the router/access point, the 5GHz band will be a better alternative for fixing issues slowing down your WiFi connection.

5GHz also has a large number of different channels to choose from, there is less interference when there is less overlap, which means better performance even after the several numbers of connected devices simultaneously.

Usage of the Band and Use Case

As I said, 2.4 GHz link travels further at lower rates, whereas 5 GHz frequencies offer more incredible speeds over a shorter distance. Whether you utilize 2.4 GHz or 5 GHz for your wifi connection will determine where and how you use it the most and depends upon the devices at your place.

For instance, if your wifi name is HenryGardens. When trying to connect, you may be given the options HenryGradens, HenryGardens 2.4G, and HenryGardens 5G, or something similar.

As you can see, there are pros and cons to using each of the WiFi frequency bands. One provides higher speeds, the other offers more excellent coverage, and where one provides less co-channel interference, the other includes device compatibility.

Consider whether you need great coverage across your home when choosing the optimum WiFi frequency band for your wireless network. If this is the case, the 2.4 GHz band should be used. If this isn’t the case, the 5 GHz band is preferable because it offers significantly faster WiFi rates.

If you have both the 2.4 and 5GHz devices, then getting a dual-band router would be a good idea because it helps you distribute your devices across both bands to reduce competition for the same channels.

Keeping your personal and Internet of Things (IoT) gadgets separate moreover improves WiFi network security. You can enhance the performance of your network by separating your devices between 2.4GHz and 5GHz.

This ends our article on the “2.4GHz vs 5 GHz, What’s a Difference, Which is Better? Which Should I Use?”. You can leave a comment if you have any suggestions or something to add. Be sure that you can share it on social networks so that it can help more users who need it. 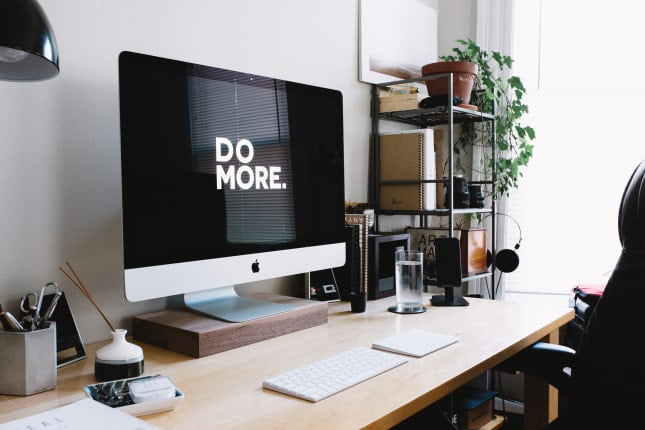