In today’s world, we are connected with many types of networks like LAN, WAN, and MAN through the internet.

These are the most popular and major network types that help us to share and access data and information digitally. Let’s know the LAN, WAN, and MAN with diagrams in detail.

Also Features and the differences between LAN, MAN, WAN, with the comparison chart.

LAN vs MAN vs WAN

The full form of LAN is the ‘Local Area Network. ‘ As the name suggests, it connects the computers by covering the local area within 10m to 1.5 km. Since it covers a small local area, you will find LAN in local places like offices, colleges, schools, groups of buildings, business organizations.

This network is managed and used by one person or one small organization. This network is used for resource sharing, data storage, document printing by connecting devices like printers, scanners, projectors, and other storage components.

In (LAN, WAN, and MAN), The LAN is often connected with Ethernet cables and Wi-Fi also Token Ring and Fiber Distributed Data Interface, or FDDI, TCP/IP are the most common protocol that is used in this network.

When you share your internet connection with someone else, such sharing is also an example of LAN. The smallest LAN can be made up of only two computers.

The transmission rate of LAN ranges from 4Mbps, 16Mbps, 100Mbps, and in some cases supports gigabit speed which is 1000Mbps. For the interconnection of the host in LAN, we can use any type of network topology which meets the need of the network such as a bus or ring topology.

In a LAN, we can connect up to 1000 computers. Most LANs are used in wire connections. But nowadays, it is also being used without wire, i.e., in wireless connections.

The bonus point of this network is its high speed importantly the upload speed, and lower expenses, as well as the security.

LAN often use as a local network at home for sharing data as well as on-campus of a college and school. Similarly, LAN is used as an intranet for business organizations via wifi.

The Full form of MAN is the ‘Metropolitan Area Network.’ The WAN is a superior version of the LAN network, often used in cities and other locations covering a range of 5-60 km to transfer data at high speed.

MANs are high-speed connection networks because It is an extensive network by connecting several LANs into a single large network with a common bridge.

Under this network of MAN, two or more local area networks are connected. That bridge is called the backbone line which is usually established by optical cable and twisted pair cables to boost data transfer speed.

This network connects all the prominent colleges, schools, and government offices, business organizations in the city. Thus, we can say that a MAN network is made up of multiple LANs.

The best example of a MAN is Cable TV situated in the middle of a city, as its cable spreads throughout the city, and the user uses the service through the cable network.

A big business organization has its own MAN. Through which it connects to a different branch. If such networks start being used on a college campus, they call it a CAN (campus area network).

MAN can be considered as a group of one or more LAN networks connected together through a single cable. RS-232, X-25, Frame Relay, and ATM are the common protocol practice for communication in MAN.

MAN is used in various government bodies, police stations, private firms that are situated within a city. The officers, employees can easily communicate either with each other or between their departments and branches in order to pass the important data and message quickly over this network without any need for an Internet connection.

Thus it provides various resource sharing over a large distance in the city than the LAN networks.

A WAN full-form is ‘Wide Area Network. ‘ A WAN is used to connect computers that are not close to one another. It is the collection of many LANs with a much more extensive range than LAN and MAN.

In LAN, WAN, and MAN, the WAN network’s geographical periphery is more widespread such as a network of systems spread across the entire city, country, or even continent.

This network connects has similar structures, as LANs and MANs. Most WANs are public networks, like the phone line and satellites, telephone systems, or leased lines.

Generally, fiber optic cable is used as a medium for transmission in WAN. This network works on physical, data-link, and network layers of the OSI Reference Model.

Devices involved for the transmission of data, images, video, big database, and files in the connection of WAN are more diversified, ranging from routers to switches, bridges, firewall modems, and so on.

Some of the most common WAN protocols in use today are Frame Relay, X-25, Integrated Services Digital Network, or ISDN, and Point-to-Point Protocol, or PPP.

An example of the largest WAN is the Internet. Through the Internet, people can connect from one place or other computers or users anywhere in the world. It is implemented by a public broadcasting system.

The WAN networks are used for military services. There is a satellite method of transmission is used in this setup. WAN is used in this field for the communication and operation of the military with high security.

Airlines and Railways use WAN networks for booking tickets from anywhere in the country. The is done because client nodes are situated all over the country and are connected to a centralized server to one network.

Difference Between LAN, MAN, and WAN

In this article, you have learned the features, uses, advantages, and disadvantages of LAN, MAN, and WAN a basic computer networking system. All three types of network systems have their own significance in different scenarios.

As per the latest trend,

How LAN is different from WAN and MAN?

Are WAN and LAN cables the same?

Are LAN cables and ethernet cables the same?

Yes, the LAN often use an ethernet cable for data transferring between the connected devices, however today wireless connection such as wifi is also being used as Wireless LAN connection (WLAN) both are the same and covers the limited area.

Can LAN be wireless?

WLAN stands for wireless LAN (Local Area Network), in this case, the Ethernet port and cable is replaced by a wireless connection like Wi-Fi and Bluetooth. However, both LAN and WLAN have almost the same features.

Will LAN work without internet?

Yes, you can use LAN without the Internet, in this scenario you can share and download files and data with only connected devices to the LAN such as printers, storage devices, and other computers.

Here was the article of features and comparison between LAN, MAN, and WAN ends. 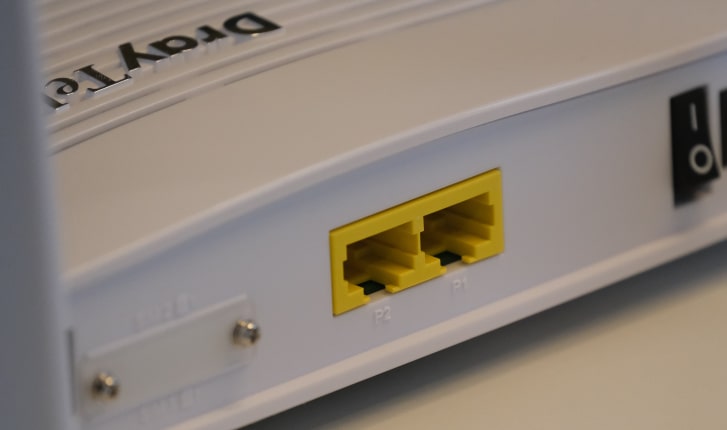 1 thought on “Features, Uses, and Difference Between LAN, WAN, and MAN.”