A graphics card, commonly known as a GPU, is the heart of a gaming PC. It is not possible to build a gaming PC without a graphics card. But what about all the others, Can a computer run without a GPU that is not built for gaming?

If you want to know whether your PC can run without a GPU, or perhaps you have already built your PC with all the components besides the GPU and are curious about it anyhow, will it still run, so you can use it for work? Or will you inevitably need a graphics card just to get a display on your screen?

Then this post will help to know the fact.

Can A Computer Run Without A GPU, Yes or No?

Can you build a PC without a graphics card? Definitely!

Will it run? Well, that depends.

In fact, it processes any image, decodes the signal, and displays it on the monitor. Modern operating systems are designed in such a way that the desktop will not be displayed without a video card, even a simple image. Windows and all other operating systems are graphical shells that make working with files more convenient.

So, when your computer does not have a GPU or a faulty one, it will work without it (turn on), but you won’t be able to get a display, just a black screen. Thus, GPU becomes the integral part of computer.

Now you got to know that GPUs usually handle your graphics processing tasks, but thankfully there are other ways around it so that you can use your PC without a graphics card. One of these ways, the only definite way of using your PC without a GPU, is through a CPU with integrated graphics.

CPUs with integrated graphics come already equipped with graphics processing abilities. However, not all CPUs have integrated graphics, and you will have to look up more details (discussed below) about your CPU – whether it can give you a display without a GPU or not.

What tasks can you complete on Integrated Graphics?

In the earlier generations of computer, there weren’t a separate peripheral device for GPU. Only the motherboards importantly handled graphics processing. However, over time, this task has been increasingly taken over by CPUs with integrated graphics.

These processors are also referred to as APUs (accelerated processing units). While both Intel and AMD use their terms for these processors – Intel calls them APU Integrated Graphics, and AMD refers to them as Vega Graphics – they all essentially mean the same thing.

And then discrete (separate) GPU made for high-performance graphics output connected through a special type of motherboard slot called PCI. Since I am talking about running a PC without a discrete GPU, there must be some tasks you can accomplish with APUs, right? Absolutely.

You can easily handle browsing, email, excel, documenting and typing tasks, etc, and even light coding on your integrated graphics CPU. Just remember that these graphical tasks will use up more power from your CPU, so it will run a bit hotter than if you had a GPU.

You don’t even need a discrete GPU if you don’t play games. For instance, the Ryzen 3000 series mid-priced processors have integrated graphics that can play games at 1080p with low to medium settings. If you’re not a gamer, these kinds of tasks will probably suffice your needs, and you can get by without a discrete GPU.

In contrast, you won’t be able to accomplish resource-hungry tasks such as 3D processing, high-resolution editing, and heavy coding. You would need a stronger machine with at least an entry-level GPU for these tasks rather than an integrated GPU.

How To Choose Intel CPUs To Build Your PC Without A Graphics Card?

Now that you know a CPU with integrated graphics can get the job done, you need to look into which CPUs function with this feature. For this, the only thing you should be looking for is the suffix “F” in the model number.

The “F” in the model number stands for “No iGPU,” meaning that this CPU doesn’t have an integrated graphics processor, and you will need a discrete GPU to get any display.

Whereas all other desktop variants of Intel CPUs without the “F” suffix come with an iGPU/integrated graphics (besides the ones with the suffix “F”) – making them ideal for building a PC without a graphics card.

How To Choose AMD CPUs To Build Your PC Without A Graphics Card?

Like Intel, AMD also uses a letter to distinguish its silicon chips that have graphics processing abilities. The letter “G” in the model number of an AMD CPU denotes that it has integrated graphics.

For example, the popular AMD Ryzen 3 3200G have “G” suffix in the model number, conveying that they can be used to run a computer without a graphics card.

Some examples of good choices for budget-friendly to mid-range CPUs that can be used to build a PC without a separate GPU for your everyday activities and office work but not for gaming are:

They Are Budget Friendly

GPUs are pretty expensive. Even the entry-level GPUs can cost you $150-$300. Moreover, if you aren’t planning on doing most graphic-intensive tasks, this big amount will inevitably go underutilized or wasted completely.

So, the uses of computer for simple tasks everyday, getting a CPU with Integrated Graphics for yourself will save a vast GPU budget for other upgrades or holiday season.

Entry-level GPUs such as RTX 3070 require at least 220 Wattage. For this, the recommended power supply is a minimum of 650W.

Since you’re skipping the dedicated GPUs and going with a CPU with integrated graphics, you can use a cheaper and lower Wattage PSU. Not to mention, you will also save up on your electricity bills and have a longer battery life (in the case of laptops). The integrated graphics truly are the most budget-friendly options in every term.

Can I use a motherboard’s display port/VGA output to plug in a monitor and show the screen without using a separate GPU?

Many motherboards are equipped with a display port also known as VG connector/output. So, you might be wondering: by connecting your monitor straight to the video output port of the motherboard be enough to give you a display, even without a GPU?

Here also, you need CPU with integrated graphics to get a display on your monitor type. Otherwise, you’ll just be left with a blank screen, or your PC will beep several times and then simply shut down. (The is what called computer POST – beeps tell you to install something that can process graphics.)

Can you play games on a PC without a GPU?

The simple answer is NO. Without a discrete graphics card, you can’t play any modern AAA titles on a PC. The integrated graphics don’t have the power enough to run these games. Not having a dedicated GPU on your PC doesn’t mean you should lose hope.

You can still play many games with graphics settings turned down and enjoy some old classics at decent settings. Maybe, even better than “decent,” depending on the ability of your CPU. For instance, some of the games that you can play without a discrete GPU are:

Although you would still have to turn down the graphics and face lower FPS and Hz, the games will still be playable. Hey, that’s quite alright considering you’re running an Intel HD 4000 with no discrete GPU.

Conditions that make it necessary to use the discrete graphics card are:

If any of the above describes you, you need to get a discrete GPU without any second thoughts. But, if you think a CPU with integrated graphics can suffice your needs, go ahead and get one for yourself to run a computer without GPU saving you both money and energy in the long run!

GPUs are expensive these days, so if you don’t need one, there’s no point in spending money on it.

I hope this article helped answer your question: can a computer run without a GPU? As you can see, the answer is yes as long as you have a integrated CPU. However, keep in Mind that the quality of your graphics will not be as good as if you had used a discrete GPU.

But for budget-friendly builds or simply using your PC for everyday non-graphical intensive applications tasks, such as surfing the Internet, working with text, and watching videos, use of computer for school purposes – a CPU with iGPU is able to get the job done adequately!

Hope this post on “Can a computer run without a GPU” would be a helpful for your PC build. 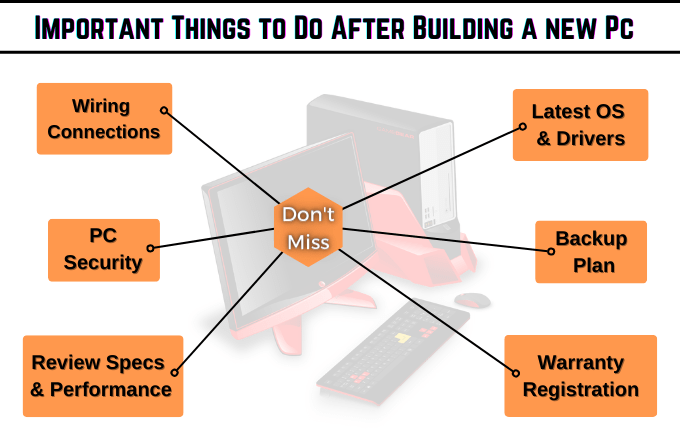 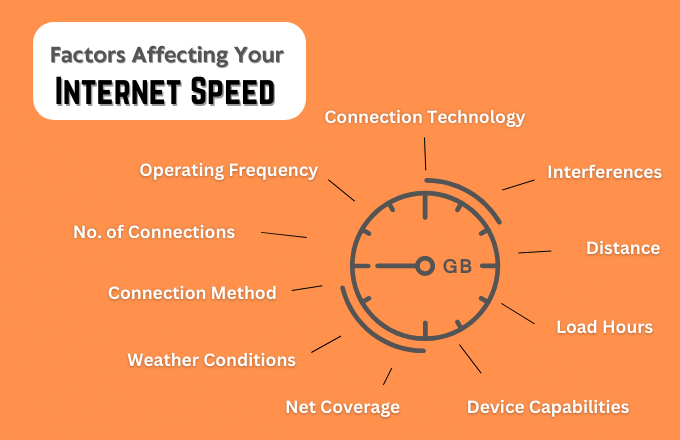 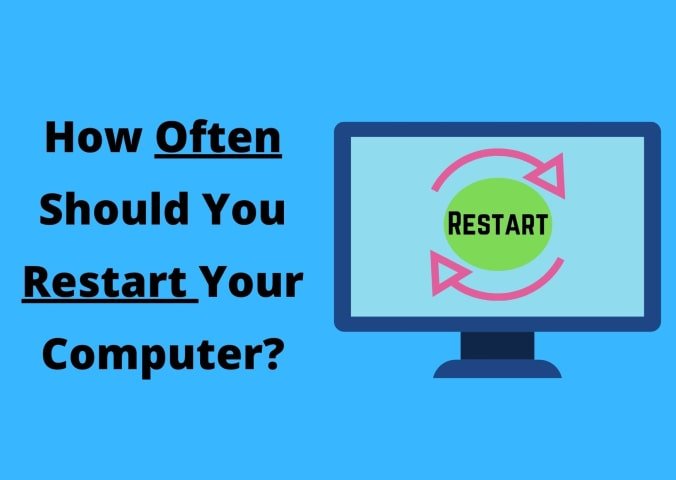 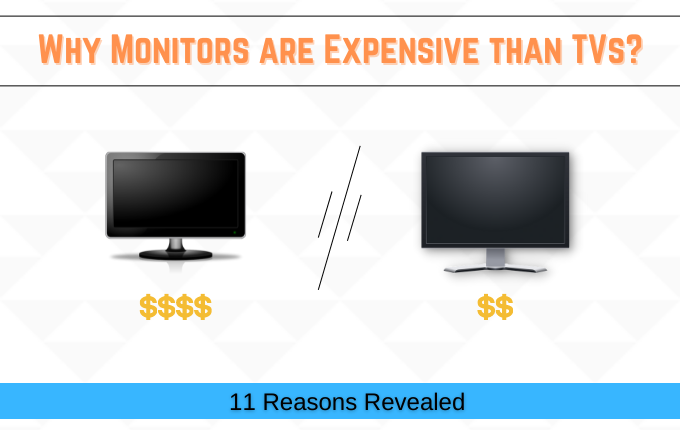