Surely you have ever wondered why is silicon used in computers’ chips and other essential elements of electronic devices.

There are many materials on Earth that can be used as copper, graphite, nickel … but not, why? There must be some reason why this material has been extensively used to manufacture computing components.

This may seem like a silly question that can be answered in one sentence: silicon is element 14 on the periodic table. Nonetheless, silicon is the most commonly referenced electronics site because it is not only a major component of most building materials but also the basis for modern digital computer processors.

Surely on many occasions, you have heard of Silicon Valley, where technological innovations and new leaders are born, Its name is exactly derived from silicon, ‘the most important material in the construction of electronic products.’

But beyond that, this element is one of the main components of the electronic world and basically all hardware, the basis for all the processors present in today’s computers. So, why is silicon used in computers? Let’s see:

Table of Contents hide
Why is Silicon is Used in Computer Chips & other Elements?
1. Reason – Inexpensive & Widely Available.
2. Reason – Suitable Atomic Structure
3. Reason – Stability
4. Reason – High Resistance.
5. Reason – Semiconductor Characteristic.
What transistors do in processors?
If the silicon is abundant then why there is shortage of processor chips?
Why aren’t other elements used for manufacturing chips?
FAQs

Why is Silicon is Used in Computer Chips & other Elements?

The following are the 5 reasons for the use of silicon in the production of computer chips and other important electronic components:

Silicon is actually abundant in sand and rocks and is also the second most abundant element on the whole earth after oxygen.

This is why it makes it much more suitable for this industry than other semiconductors such as Gallium, which of course could be much better for these tasks than silicon. But, its cost of extraction, manufacture, and production would make it unfeasible to make it a substitute for the element that is much more abundant.

The most readily available source of silicon is sand. But the silicon, which is obtained from sand, is not pure enough at the very first stage, it cannot be used as it is for manufacturing products since it contains 0.5% of impurities.

It might sound like 99.5% purity is cool, but processors need 99.9999999% purity. Such silicon is called electronic, and it can be obtained after passing a chain of certain chemical reactions.

After that, silicon is melted and grown into one large crystal. It weighs under a hundred kilograms and looks like this:

After this crystal is cut into plates with a diameter of about 30 centimeters and sent for the production of a processor.

Almost all processors that are manufactured in the world are silicon-based due to the fact that silicon has a suitable internal atomic structure, which allows microcircuits and processors to be made in almost any configuration.

The uses of silicon are vast in this technological world and this is because its characteristics make it fully functional and necessary for the computational processes that happen in any system that needs a chip, be it a simple one such as driving a rotor or a complex one that requires moving, thousands of computational instructions.

Silicon also remains very stable after alloying processes. This allows manufacturers to produce materials like semiconductors, circuits, or insulators. Silicon is highly reliable and enhances certain aspects when using it in CPUs.

Another reason that makes it the chosen is its resistance to high temperatures. Because resistance is a key factor when choosing a material for the base of transistors.

Conductors have low resistance and pass electrical current more easily, while insulators have high resistance and can block the flowing current. Due to this our chips, CPU sockets, and GPUs can handle heavy workloads without breaking down.

Silicon has semiconductor characteristics. This means, it does not always conduct electricity; It only does so under certain conditions, while under others it acts as an insulator: that is why it is known as a semiconductor.

These characteristics can be modified through a process known as doping, which is nothing but adding some impurities to the silicon to make it more or less conductive as required. Thanks to this, that allows building the transistors according to their electrical needs.

This quality of silicon makes it the most important element in the production of our processors. In CPUs, it is important that electricity should not be transmitted so easily through the transistors.

Because, for a transistor, which must be able to turn it on and off at all times, it is necessary to have a semiconductor, a substance with a resistance that lies between that of a conductor and that of an insulator.

What transistors do in processors?

Any computing device, either a computer or smartphone, operates in a binary number system. That is, all operations are recorded, calculated, and displayed in a sequence of zeros and ones. A transistor in a processor can be thought of as a kind of switch.

If the current passes through it, this is 1, if not, then it is 0. And there are billions of such switches in modern processors. A different sequence of zeros and ones forms information – programs, music, pictures, videos, and even this text.

In the previous generation of computers, vacuum tubes played the role of transistors in the computers.

If the silicon is abundant then why there is shortage of processor chips?

It is true that silicon is the most abundant element in the earth’s crust. However, since it cannot be used as it is for manufacturing products. Since oxygen removal work is needed to carry out to make pure silicon because it is almost never found in its pure form.

In addition, unfortunately, its production within the technological world is limited to a few chip producers, who are in charge of later supplying them to other companies to integrate them into their production lines. Among these, the most relevant are Samsung, Broadcom Micron Technology, Intel, Qualcomm, TSMC.

Likewise, all these depend on the extraction of the mineral to be able to produce; that is to say, the production chain of a chip has processes that make it complicated by their steps with each other, especially since there is no real alternative to silicon that can maintain the current market state.

That’s the reason why there is a widespread shortage of tech products right now, especially motherboards chips & computer hardware parts. While demand for components increased, the production also fell due to the pandemic and problems mining silicon.

Although silicon is essential, it is worrying for the technology industry not to have a real alternative to a situation like this. Especially considering that the leap to digitization around the world is more than evident in all its areas.

Why aren’t other elements used for manufacturing chips?

Because not all the advantages have in any other element, silicon really is the best semiconductor that we can use. In fact, it has been proven that with other materials we could make more powerful and efficient processors but at a much higher cost.

Silicon also allows efficiency processes in manufacturing to increase always leaning towards the production of chips with smaller transistors. Currently, we are in the 7nm age, but the manufacturing and architecture in the construction of computational modules are moving towards 5nm rapidly.

However, silicon can be reduced to any size by up to a certain limit, so the time will come when it will be necessary to change the material or change the way to improve our processors.

Why only silicon is used in computer chips?

Computer chips require precise voltage regulation to manipulate data. Silicon is ideal for this because it can be turned into an efficient insulator or semiconductor, both of which are needed to control electrical current. It is also one of the cheapest materials with this ability.

In which electronic gadgets silicon semiconductors is used?

Silicon chips contained in smartphones and PCs require particularly high stability, and silicon is also used here. Since such semiconductor chips are now widely used not only in smartphones and PCs but also in familiar home appliances such as refrigerators and washing machines. Silicon itself has become indispensable to our lives.

What does semiconductors properties are?

Why is silicon used so much in semiconductors in the first place?

There following are the four main reasons: 1. Rich in resources because it is the second most abundant element on earth, 2. Easy to remove impurities and easy to purify, 3. Easy to control resistivity by adjusting single crystallization and amount of impurities, and 4. A stable oxide film is formed, and it is easy to process such as integration.

Is silicon and the silicone the same?

By the way, many people confuse silicon with silicone, but silicon is the element itself, while silicone is a special compound in which an organic compound such as methyl alcohol is bound to silicon, so it is completely It will be a different thing. In addition, while silicon is used is mainly used in semiconductor chips, silicone has a wide range of uses and is used in various products.

If you liked the article “why silicon is used in computer chips and other computing elements” of electronic devices then don’t forget to share the insights in social networks. 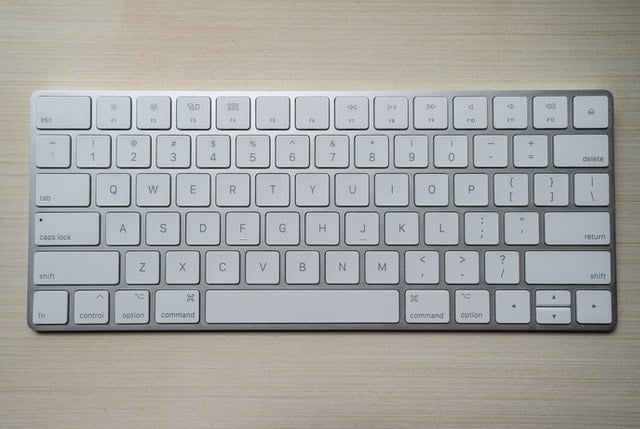 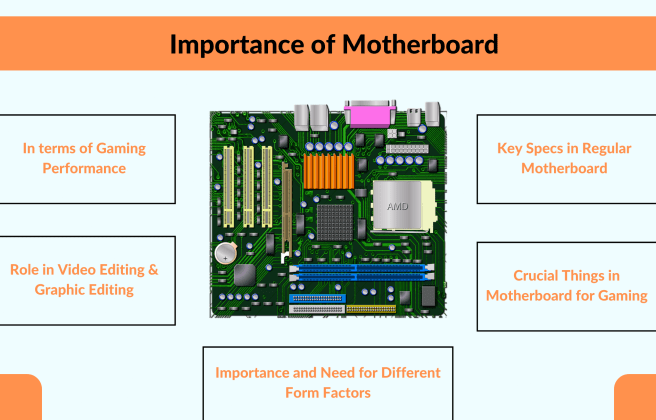 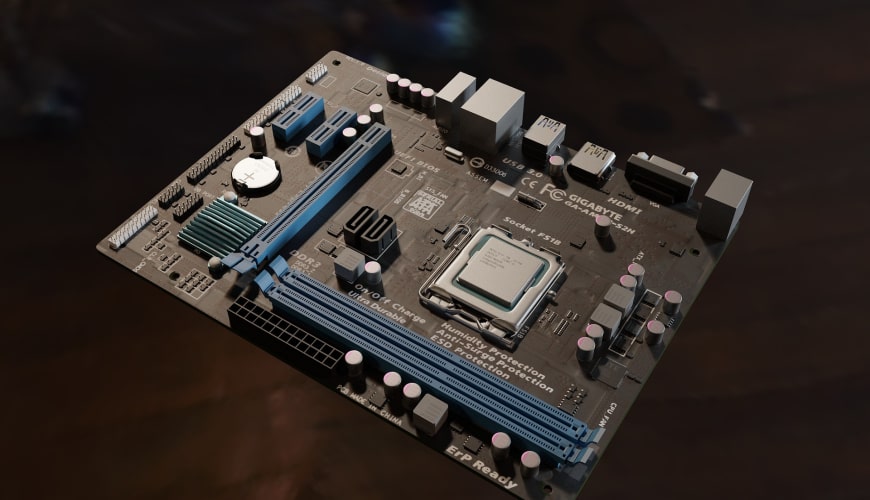